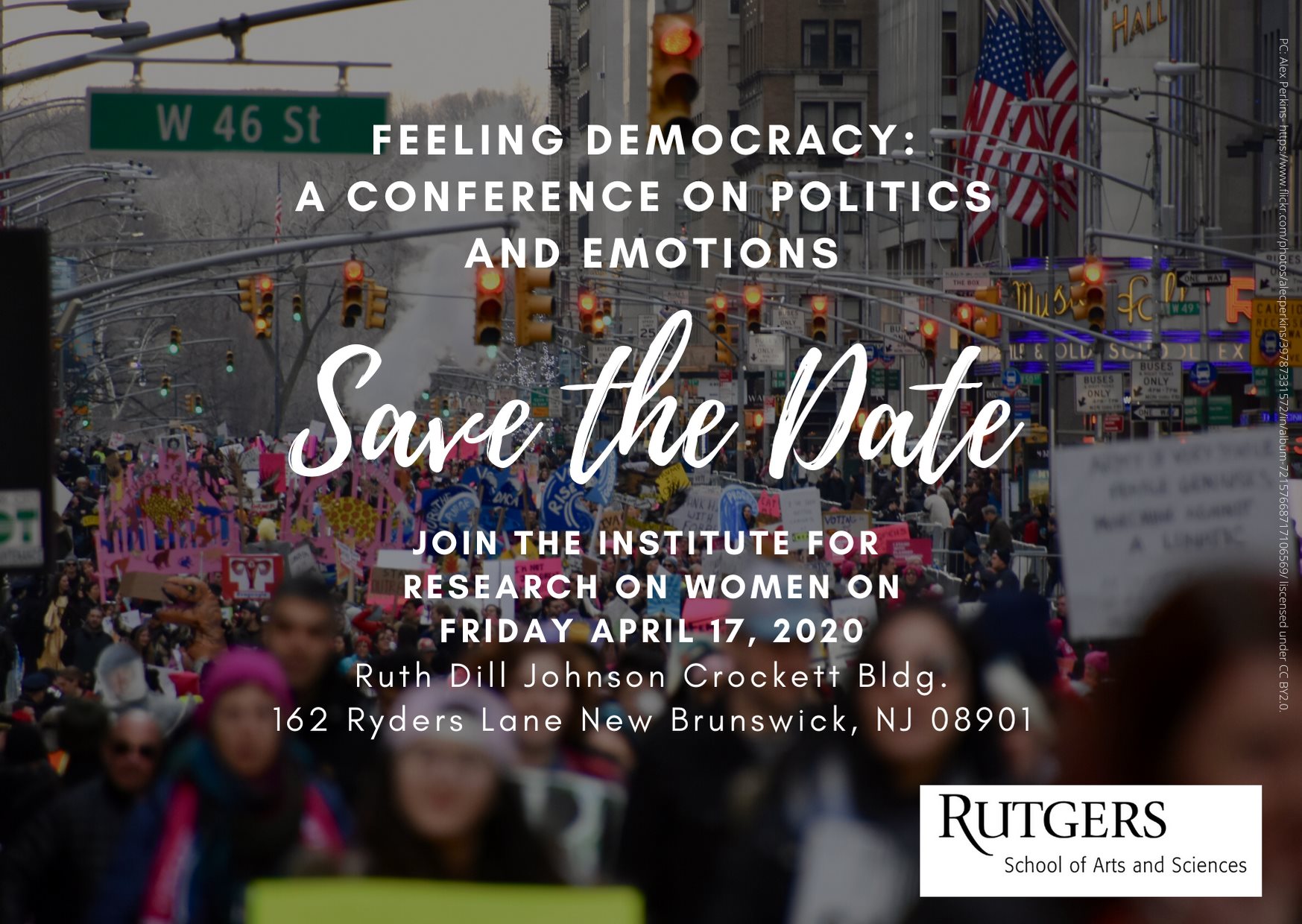 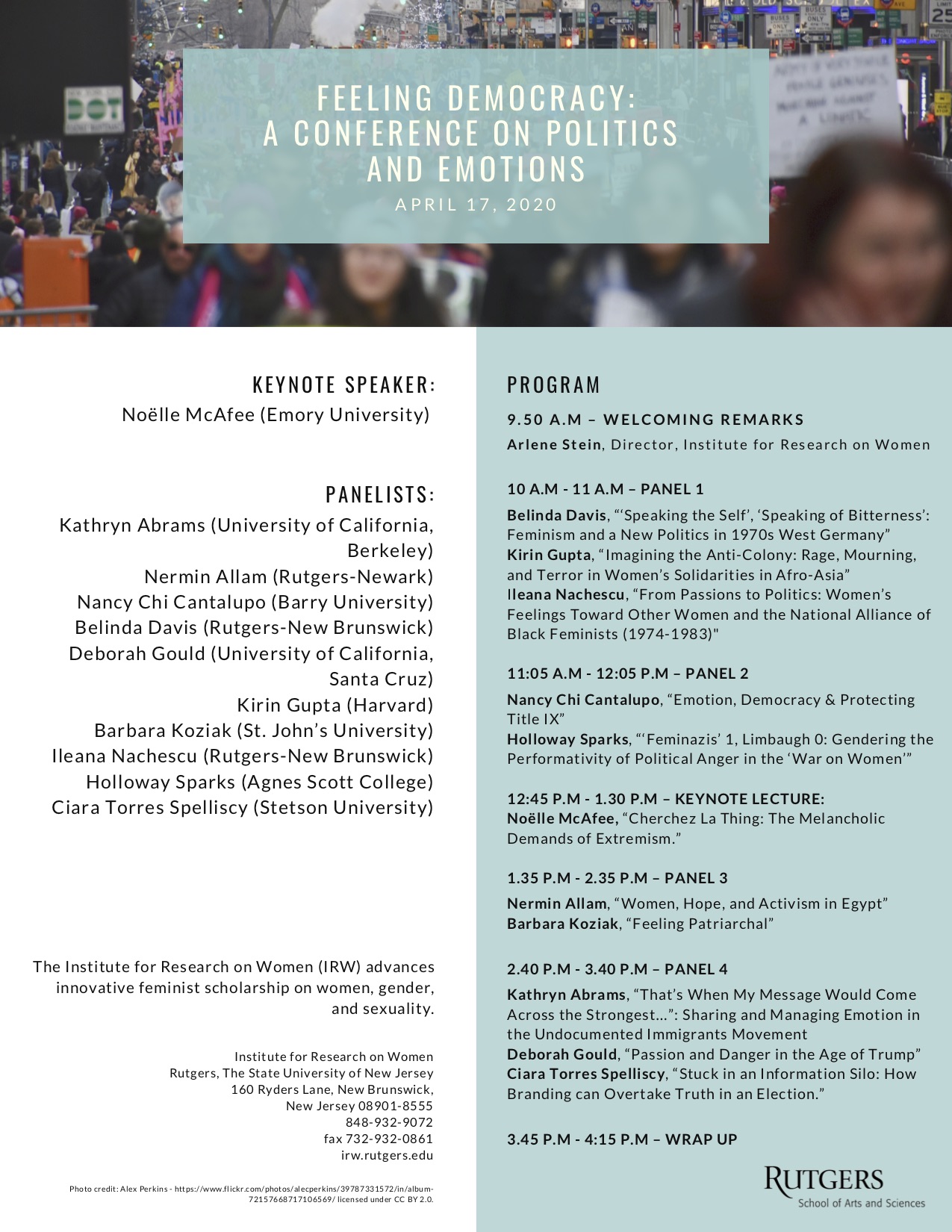 We invite applications for 2020-2021 Global Scholars from university based scholars and scholar/activists whose work is compatible with our annual theme, "Knowing Bodies: Science and the Sex/Gender Distinction." Please review our call for Global Scholars to learn more. 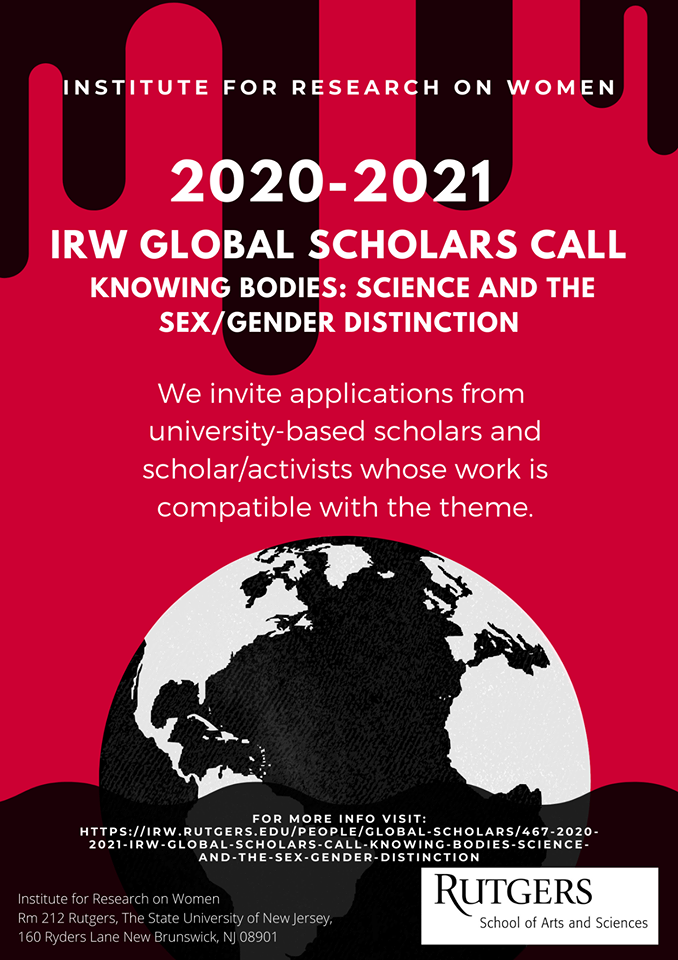 Are you exploring a new area of research relating to gender and sexuality, and looking for others to partner with? Would you like to sponsor a speaker or panel related to feminist issues and concerns? The Institute for Research on Women (IRW) supports working groups that seek to foster collaborative, interdisciplinary research on women, gender, and sexuality at Rutgers. Read our most recent call for working groups to learn more.