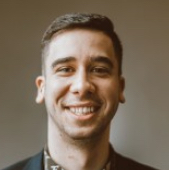 This research project returns to an unresolved and under-theorized issue in feminist and queer theory: the “fact” of the maternal body. Rather than situating the question and problem sexual difference through more conventional feminist, queer, and psychoanalytic genealogies of motherhood—of which this research project is indebted to—it seeks to contextualize and position sexual difference as a formation of secularism. The task of this research project is threefold: (1) to demonstrate how secularism naturalizes sexual difference; (2) to track how motherhood gets positioned as an extension of womanhood; and (3) to examine how these secular formulations of motherhood have been queered by contemporary feminist scholars. To do so, it brings a number of disparate fields into conversation: motherhood studies and theories of the maternal body, queer and feminist theory, psychoanalysis, and studies of the religious/secular. 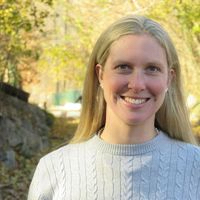 With right-wing populism seemingly on the rise, conservative governments and religious groups around the globe are engaging in anti-gender campaigns to grow their political power. The sudden explosion of anti-gender backlash has led scholars from varying disciplines to examine anti-genderism within specific national contexts, most of whom point to a ‘moral panic’ as a primary motivation for these campaigns. This project seeks to delve deeper into this concept of ‘moral panic’ by showing that such panic arises because of a perceived loss of social and political power. In this article, I examine three anti-gender campaigns that cropped up in Colombia between 2016-2017. Through frame analysis, I draw upon power devaluation theory to demonstrate how right-wing power is highly dependent on stable and predictably correlated relationships between biological sex, gender identity, and heterosexual orientation.

Latino and Caribbean Studies & Women’s, Gender, and Sexuality Studies, Rutgers-New Brunswick
“Circuits of the Sacred: A Pilgrimage in the Afro-Latinx Caribbean” 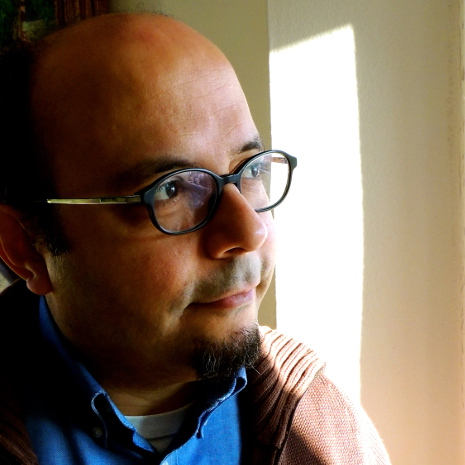 Circuits of the Sacred challenges contemporary scholars and activist thinkers inside and outside of the academy to find paths to continue the rigorous exploration of the mystical dimension of our lives as part of critical practice, teaching, activism, and living. Arguing that such explorations are essential to how we build long-term radical praxis, the book advances what it calls a “queer spiritology” in the service of sex-and queer-affirmative lifeworlds in the 21st century. Drawing from ethnography, autoethnography, and memoir, and partly chronicling my path to initiation as a priest in Santería, an Afro-Cuban religion, from 2013 to the present, the study mobilizes different writing genres to challenge readers to think, feel, and listen across and within them, opening themselves to intellectual inquiry as an act and practice of the imagination. 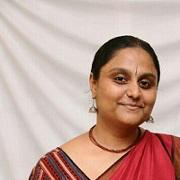 Neoliberal developmental efforts often view school children as conduits to ‘modernize’ communities, and school-based education and health are considered children’s rights and needs. Through an ethnographic study with 10-to14-year-old school going children in semi-urban Tamil Nadu, India, I open up a critical understanding of schools as heteronormative sites where the work of modernization is continually renewed within postcolonial contexts. I explore and historicize the ongoing hygiene, and sanitation discourses, with their promise to “clean-up” communities through children, as the postcolonial school’s claim to modernity. My project asks how children learn, inhabit, and co-construct the hygiene, and sanitation discourse, embedded in relationships between people, objects, and spaces. Central to this discourse is the pedagogic role of a ‘modern’ biomedical scientific epistemology of the body. I posit that the movement of these discourses in children’s relational subjectivities simultaneously reinforces and complicates normative notions of gender, caste, and age.

English, Rutgers-New Brunswick
“The Militancy of Gender and the Making of Sexual Difference in Early English Literature, ca. 700-1100 AD”

It is a long-standing truism that early English literature rarely addresses sexual difference or erotic life and is instead obsessed with chronicling blood feuds, battles, and inter-familial strife. By examining the lexical and thematic intersections between warfare and sexual difference within texts produced in England between approximately 700-1100 AD, my project provides a new conceptual model for understanding long-occluded questions of gender and sexuality within early medieval studies. By extending my analysis of sexual difference to encompass animals, plants, and inanimate objects (as well as human beings), my project provides a posthuman framework in which gender serves as a lens for understanding other kinds of inequalities and forms of difference, such as that between the human and non-human worlds.

English, Rutgers-Camden
“Professions of the Body: The Eighteenth-Century Man-Midwife” 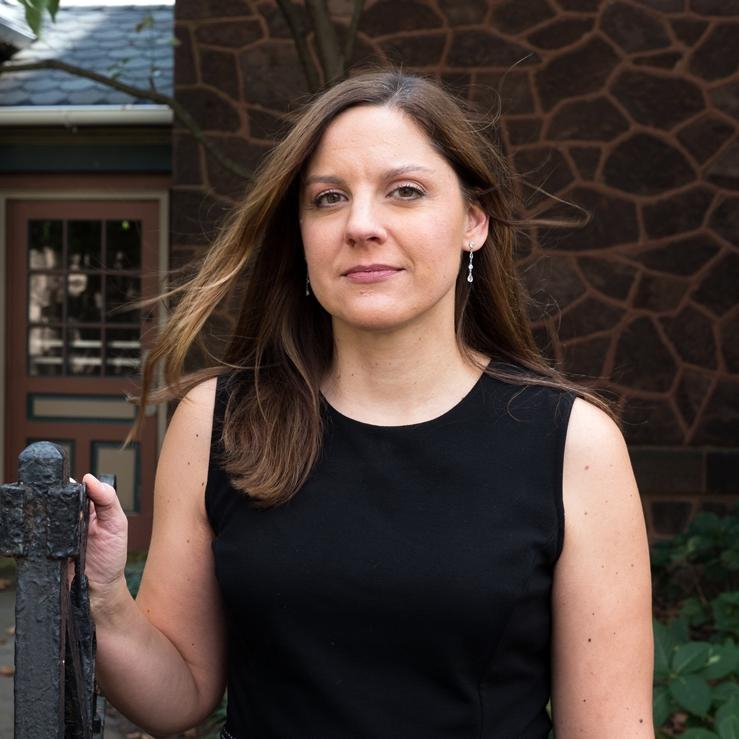 “Professions of the Body: The Eighteenth-Century Man-Midwife” applies intersectional feminist and queer theory approaches to the field of medical humanities. Specifically, the project traces one important feminist genealogy—the notion that women have sex-based expertise regarding birth and lactation—to its roots in Enlightenment debates about gender and medical professionalization. In the past 30 years, much study has been devoted to the ways in which male surgeons appropriated the traditional role occupied by female midwives during the eighteenth century. This study builds on this scholarship to trace how female midwives resisted this male incursion by arguing that their experience as mothers created a special credential for their profession unavailable to male practitioners. In deploying this essentialist reasoning and characterizing male surgeons as a monstrous male-female hybrid, female midwives contributed to a discourse that demonized queerness. This enforcement of strict gender roles contributed to the marginalization of parents and practitioners whose practices did not cohere around white, middle-class, heteropatriarchal norms. The stakes of this project relate to how birth, often described as a private, biological act, is a heavily contested cultural phenomenon that tells us much about issues related to gender, modernity, and social class. 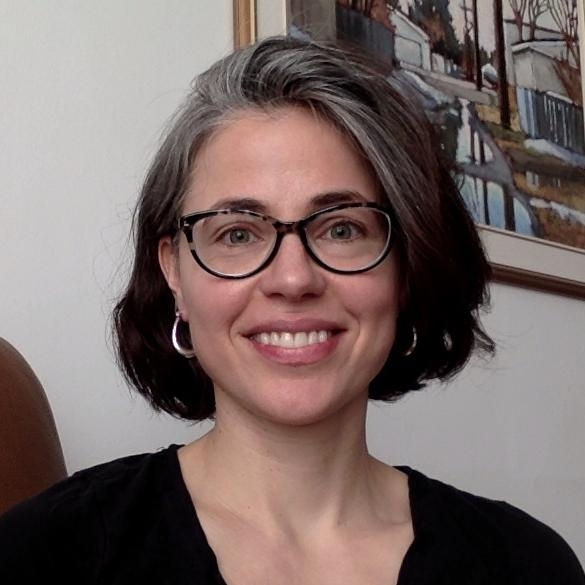 My work addresses a broader project within medical science to ‘fix’ the intrusion of technology (such as synthetic chemicals) into ‘normal’ human bodies. This desire to fix the hormonal body is disproportionately directed toward girls and women’s bodies. In this paper, I examine one area of public culture where doctors weigh in on this problem and propose solutions to it. These are popular books on the subject of ‘hormone health’ written by medical doctors. Books for women promise to help with a range of problems that relate in some way to the endocrine system, such as aging bodies, menopause, optimizing or tracking fertility, managing weight, maximizing energy, increasing sex drive, protecting the body from toxic substances, and managing everyday stress. I examine twenty such books, authored by MDs and released by major national and international publishers, and published between 2003 and 2018. I use critical discourse analysis to analyze these texts to understand how hormone imbalance is constructed as a legitimate medical problem warranting self-help. 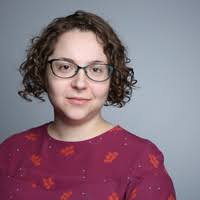 Like the sex/gender binary, Disability Studies’ split between social aspects of disability and medical aspects of impairment has been increasingly critiqued by scholarship that also centers the imbrications of race and gender. While scholars such as Julie Minich and Susan Wendell problematize this nature/culture divide to expand the scope of disability studies, little work has addressed how this framework’s exclusions manifest in cultural analyses of disability. My dissertation uses cultural analysis to track the contemporary formation of disability through this nature/culture split. I examine how negotiations of the disability/impairment binary reproduce disability as a property of whiteness. During the seminar, I will share a chapter on women’s contestations of gender and racial essentialism in illness narratives. The chapter complicates the increasing inclusion of chronic illness as a type of disability by asking how these texts use formal strategies to contest dominant, biomedical, frameworks of illness and of identity. 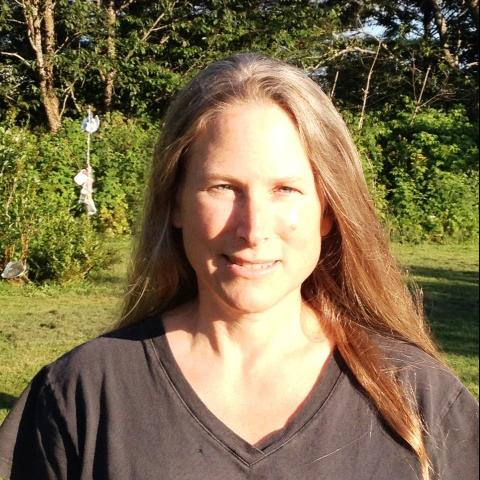 The inhabitants of the Marquesas, an archipelago of French Polynesia, have been exploring the fluidity of gender and sexuality for millennia. However, in recent decades the enactment of gender and the expression of desire have taken forms clearly influenced by French and global ideologies, practices, and institutions to which the people of the Marquesas have been subjected over the past two centuries. Based on many months of ethnographic fieldwork first begun in 1992, this project examines the overt enactment of a new range of identities and practices (e.g., medical transitioning and same-sex partnering, as well as non-binary leaders in politics and the economy). These changes have been propelled in part, I hypothesize, as a reaction to generations of colonial hegemony and embodied trauma and are now intertwined with recent efforts at cultural sovereignty. 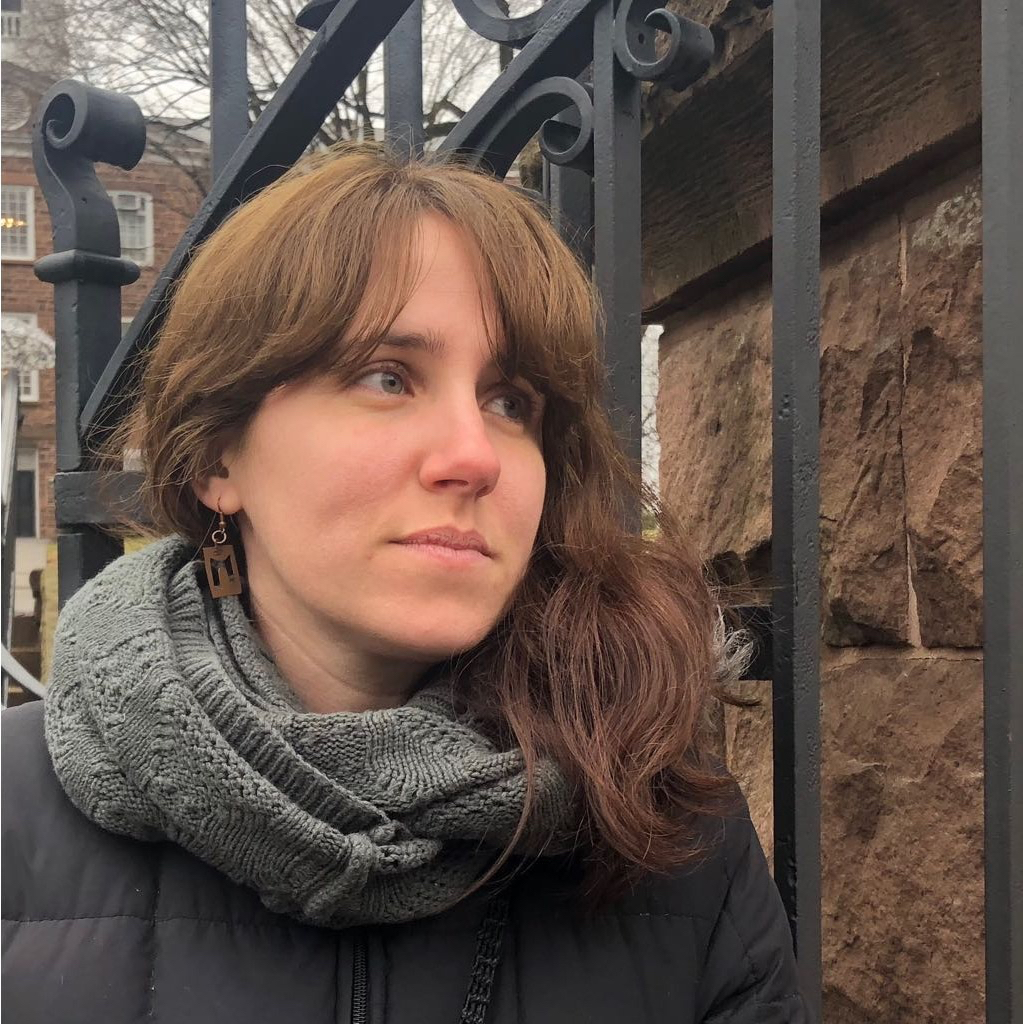 My dissertation explores the anxiety that women, African and African descent, and the mentally ill generated in Cuban literate elite in the first half of the 19th century. To theorize this anxiety, I focus on how writers and artists depicted women, the mentally ill and Afro-communities as troubled bodies—as witches, hysterics, corpses, and devils—in an attempt to erase their impact on the colonial city and to circumscribe their roles as liminal subjects in the Cuban proto-nation. I demonstrate those same literary-artistic representations paradoxically underscore these subjects’ agency. Most scholars of the Cuban colonial have adopted historiographic methodologies to study this epoch. Nevertheless, close readings of literary and science discourses from the theoretical perspectives of Foucault, Certeau, Kristeva, and Simmel allow for an understanding of how art and science were strategies mobilized to shape a Cuban intellectual community of white men that remains in power today. 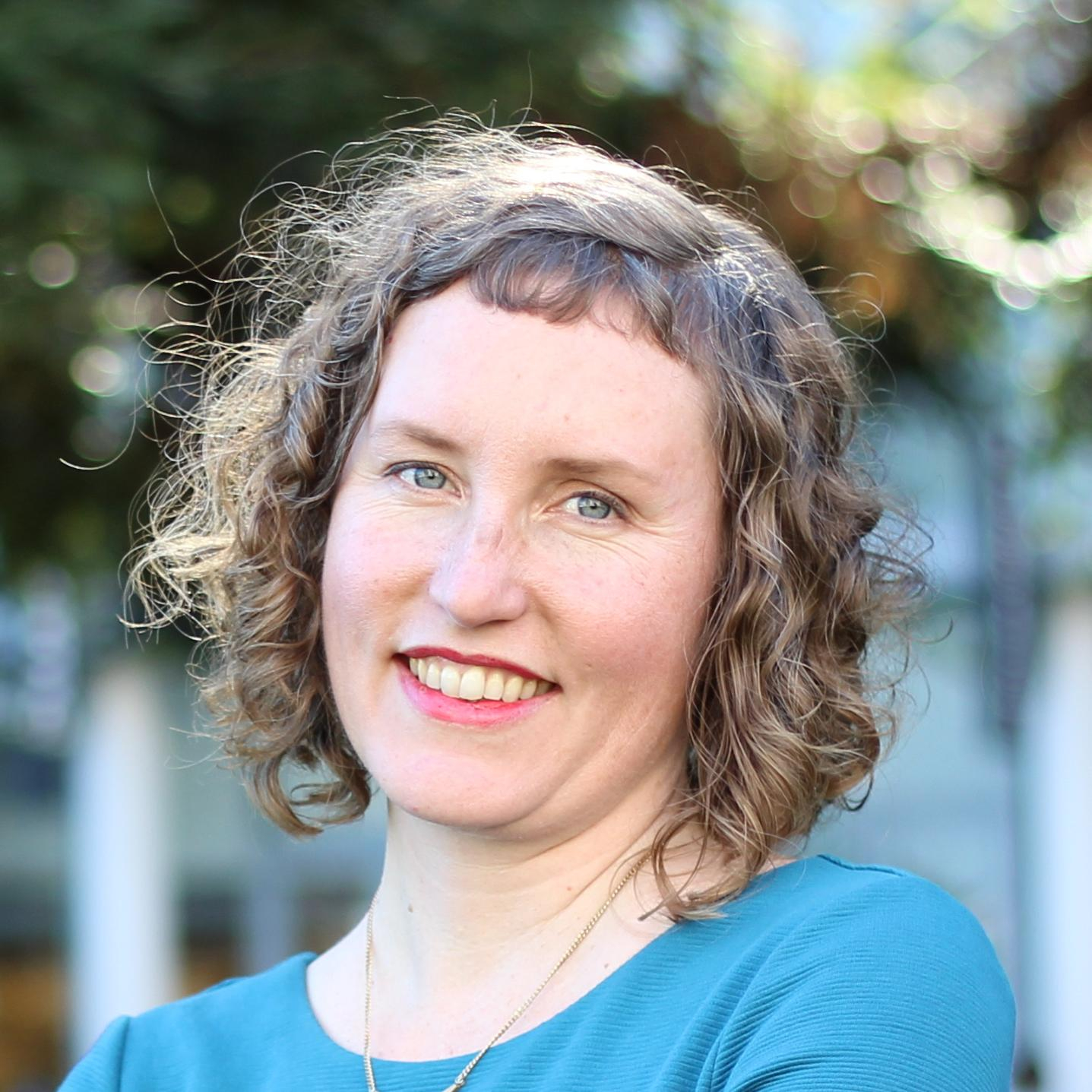 Gender Studies After Gender redresses a widening chasm within feminist theory: the incommensurability of its key terms, sex and gender, with recent research within and beyond the field. While emergent models of the human body in the sciences, social sciences, and humanities emphasize its capacity of dynamic exchange with its environment, gender studies’ core concepts continue to understand physiology, or sex, as distinct from cultural processes, named as gender role. Across the disciplines, we have come to realize that static models of the body in which physiology is fixed and immutable are of limited use, yet gender studies lacks working theories of how immediate and ancestral social experience affect the body. Gender Studies After Gender draws on emergent research into the dynamism of bodily matter to strengthen the relevance of feminist theory across the disciplines by offering a rubric for analyzing how social and political inequalities impact physiological development.