Welcome to the Institute for Research on Women

The Unsightly and the Unseen: Yishay Garbasz at Home at the Border

The Unsightly and the Unseen: Yishay Garbasz at Home at the Border

Photographer and installation artist Yishay Garbasz is drawn to borders—the lines between states, the frontiers of gender, and the limits of memory. She approaches borders sometimes to scrutinize them, other times to test them or to flout them, as revealed in Severed Connections: Do what I say or they will kill you, her most recent solo exhibition at Ronald Feldman Fine Arts in New York in 2015. To create the work on view in this installation, Garbasz, who lives in Berlin, traveled with her camera to the “demilitarized zone” (DMZ) that has divided the Democratic People’s Republic of Korea (i.e., North Korea) and the Republic of Korea (South Korea) since 1953, the “peace lines” that have partitioned parts of Belfast, Northern Ireland, into Catholic and Protestant neighborhoods starting in 1969, and the “separation fence” begun in 2002 by the State of Israel in order to constrain the movement of Palestinians living under occupation in the West Bank. Each border has its own geography and history, as well as a distinct physical form that restricts the contact between different populations. At the same time, there is a troubling similarity to these boundaries. Beyond the physical unsightliness with which they intrude upon rural or urban landscapes, there is the unseen political malice that these borders materialize between peoples who, separated in the name of peace or security, regard each other as dangerous enemies. In addition, these borders carry a greater symbolic weight, as reminders of other boundaries around the world, past and present, designed to keep peoples apart.

Garbasz approached photographing these borders by transgressing them, both physically and aesthetically. To begin with, she ventured into places that people are supposed to avoid, so that she could photograph sites meant to be kept out of sight or, when that proves impossible, simply ignored. Moreover, her images can be surprisingly picturesque, given the subject at hand, with bright blue skies, verdant fields, and smiling faces. In some of these photographs, the border’s disruption is self-evident, as loops of razor wire, chain-link fences, or concrete barriers slash across an otherwise pleasant vista. In other images, the border’s presence is more discreet—a wooden wall at the far end of a street lined with tidy, modest houses in a Catholic neighborhood of Belfast; the broken “dragon’s teeth” of an underwater defense barrier jutting out of a placid sea off South Korea’s Baengnyeong Island, close to the country’s Northern Limit Line.

Central to the power of these images is what is not seen—an irony, perhaps, for photographs of these places. Even the more manifestly unsightly images displayed in Severed Connections are remote from brutal pictures of war or terrorism, including photojournalists’ documentation of the conflicts that preceded the creation of these boundaries. But the uneasy aftermath of violence is precisely Garbasz’s subject. She is not the only photographer to address it; others who have produced photo essays on these sites include Ed Kashi, on Northern Ireland (1991) and Josef Koudelka, on Israel/Palestine (2013). But Garbasz’s images are distinguished by their uncanny beauty and their paradoxical focus on the border between the seen and the unseen. She has sought out ways to photograph precisely that which, in the wake of hostile attacks, is avoided, suppressed, blocked from view, or buried underground. What, we are left to wonder, lurks beyond those concrete barriers and wire fences that is so forbidding as to be off bounds? And what does it mean to live with such a boundary—to have it loom over one’s home, as in Belfast, or to have one’s mobility hampered by it on a daily basis, as is the case for Palestinians living in the West Bank, or to make one’s livelihood at its perilous threshold, as South Koreans do, growing rice and harvesting oysters alongside the DMZ?

Garbasz’s approach to the photographs displayed in Severed Connections builds on her earlier work. The connection is most readily evident with her photographs of the Fukushima Nuclear Exclusion Zone, taken in 2013, which document sites rendered uninhabitable by the accident at the Japanese town’s nuclear plant two years earlier. In these images a calm, orderly world—a tidy house, a lush golf course, a spotless hospital interior—is haunted by the unseen, both the absence of inhabitants and the implicit presence of an invisible contaminant.

The photographs that Garbasz took in 1984 for In My Mother’s Footsteps (Garbasz 2009), have a similar serenity and eerie elegance that diverge sharply from this project’s subject: retracing the experiences of the artist’s mother, a Holocaust survivor, from her childhood in Germany and the Netherlands during the 1930s through her wartime imprisonment in Westerbork, Terezín, Auschwitz, Christianstadt, and Bergen-Belsen.

These images contrast a benign present with the unseen horrors of the past, the disparity conveyed by juxtaposing Garbasz’s photographs with excerpts from her mother’s memoir of the war years. The images shown in Severed Connections similarly evoke past violence, but they also raise the specter of an uncertain future: What would it take for these barriers to come down? And if that eventually does occur, what might happen then?

While her probing of political borders has taken Garbasz to places far from home, she has also tested other boundaries—the thresholds of memory and the perimeters of gender—at close range, on her own body. For her Numbers Project, an artwork initiated in 2011, Garbasz branded her forearm with the number that had been tattooed on her mother as a prisoner in Auschwitz. Instead of injecting a permanent dye into the skin, the artist uses heated wire “brands” in the shape of numbers and letters to burn them onto the surface of her arm. Even as this action brings the artist close to an embodiment of her mother’s wartime experience, branding produces a different mark. Wishing not to appropriate her mother’s prisoner number but to recontextualize it, Garbasz explains that she chose branding in order to produce an image that was visually distinct from a tattoo and thereby provide a different experience of receiving and wearing the number, until it disappeared. Unlike her mother’s tattoo, the number inscribed on Garbasz’s arm eventually healed and faded from sight, emblematic of the distinction between the artist’s vicarious remembrance of her mother’s experience and her mother’s own memories. As Garbasz’s brand disappears, the border between these two kinds of memory is exposed.

Garbasz offers an even more personal—and provocative—scrutiny of the borders of gender in Becoming. For this project, the artist photographed her naked body, standing before a white background in the same posture, every week for a two-year period in 2008–2010, during which she underwent hormone treatment and surgery as she transitioned from male to female. Flouting the discomfort that some observers might feel when confronting such a forthright exposure of gender transition, Garbasz has presented selections of these photographs in two decidedly ludic formats: a small flipbook (published in 2010) and a large-scale zoetrope (in an installation at the 2010 Busan Biennale in Korea).

Both presentations animate the still images in ways that evoke the process of transition; Garbasz’s body appears in a constant state of change. With Becoming, the artist uses photography toward an end that complements her other projects. Rather than asking viewers to consider what is not readily visible in the images, she uses explicit exposure to demystify gender transition and replaces anxieties about crossing the border between male and female with playfulness.

Visitors to the gallery warily skirted this imminent danger as they examined the large prints of Garbasz’s photographs and listened to audio recordings of her accounts of visiting South Korea, Belfast, and Israel/Palestine, where she sometimes encountered her own brushes with danger at the border.

As Severed Connections prompts us to ponder what lies beyond the unsightly fences and walls that establish these borders, Garbasz compels us to contemplate a larger unseen: the hatred and fear, the danger, whether real or imagined, that we all live with, that has been pushed out of view, lurking somewhere behind a boundary. As the range of the artist’s work further reveals, these borders not only cut across political and geographical landscapes; they also bisect the complexities of human sexuality and mark the limits of generations and their transmission of memory. How might humankind overcome these barriers and, moreover, the animosities and anxieties that they embody? That remains to be seen. 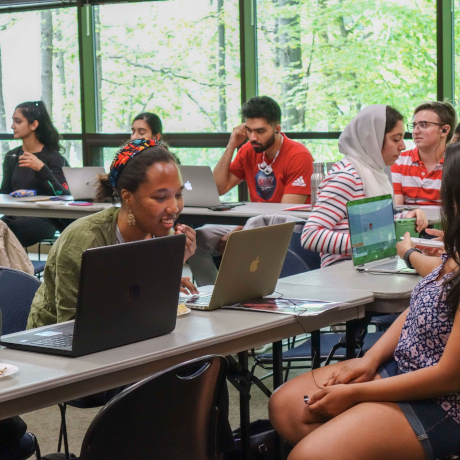 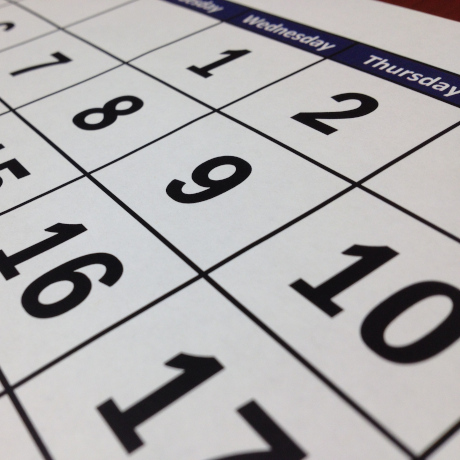 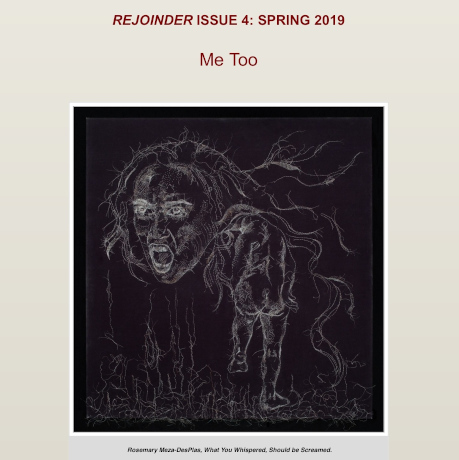 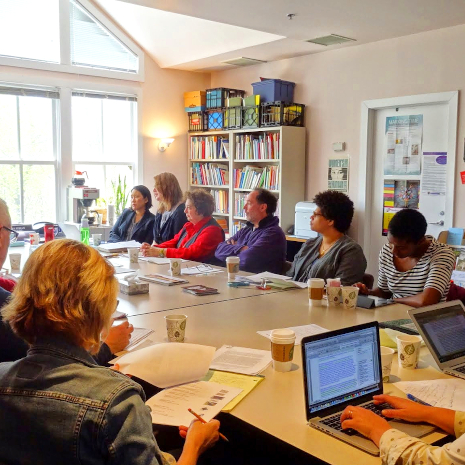