"Passionate Politics: The Intersection of Gender, Culture and Human Rights" 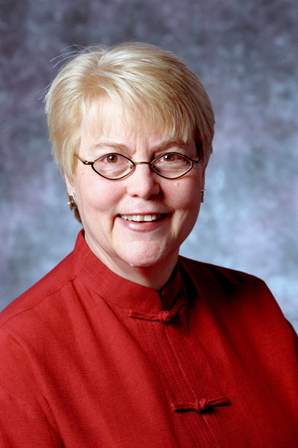 Charlotte Bunch is an internationally renowned women’s human rights activist and Founder and Executive Director of the Center for Women's Global Leadership at Rutgers University. She has authored numerous publications that reflect her interests in feminist theory’s application to public policy questions, civil liberty, gender, sexuality, and global development, including Passionate Politics: Feminist Theory in Action and Demanding Accountability: The Global Campaign and Vienna Tribunal for Women's Human Rights. Bunch has been the recipient of an assortment of honors and awards, such as the 2006 Rutgers, The State University of New Jersey Board of Trustees Award for Excellence in Research; the 2002 International Women's Forum Women Who Make a Difference Award; and the 1999 Eleanor Roosevelt Award for Human Rights presented by former president William Jefferson Clinton. Charlotte Bunch was inducted into the National Women’s Hall of Fame in 1996 in recognition of her committed, pioneering service as an educator, advocate, writer, and strategist.

Cultural rights and women's human rights are often posed as opposites that arouse passionate debate, but too often this discourse does not probe deeply enough the multiple political aspects of culture and how these intersect with gender constructions in various settings. Culture has not only traditional, but also contemporary forms, is a strong force in the global North, as well as the South, and is always changing and under negotiation in all parts of the world. The pursuit of human rights always involves cultural change, but the association of women with culture makes this process more fraught and easily manipulated.The universality of women's right to human rights and the recognition of the specificity of women's diverse experiences are not opposites, but the dialectical tension needed to construct a more effective approach to realizing rights for all women in our diversity and to building cultures of support for human rights.