"Toward a More 'Courageous Politics': Talking About Muslim Fundamentalism in the Human Rights Framework " 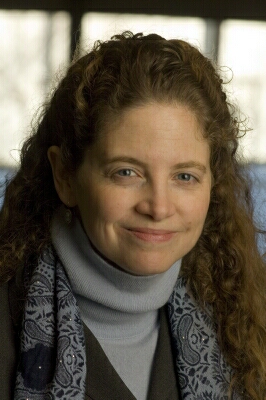 Karima Bennoune, J.D. is a Professor of Law and Arthur L. Dickson Scholar at Rutgers School of Law-Newark and a Visiting Professor at the University of Michigan Law School. She teaches international law and human rights, also incorporating her research and advocacy interests concerning terrorism, armed conflict, women's rights, and religious extremism into her work. Prior to beginning her academic career, she served as a legal adviser for Amnesty International in London for four years, working on issues including torture and human rights in armed conflict. Bennoune was a member of the Executive Council of the American Society of International Law. She served on the Board of Directors of Amnesty International-USA and was appointed to the Board of Trustees of the Center for Constitutional Rights. She has participated in a human rights mission to Afghanistan, and in 2007 received the Derrick A. Bell Jr. Award from the Section on Minority Groups of the Association of American Law Schools. Her writing has appeared in numerous journals, including the European Journal of International Law and the Michigan Journal of International Law.

Feminist international lawyers Christine Chinkin and Hilary Charlesworth have argued that religious fundamentalisms are among the most significant challenges to women’s human rights in the contemporary moment. These fundamentalist movements and their adherents often claim to speak for and in the name of culture, religion, tradition, raising particular challenges for women’s human rights. There is no question that addressing the issue of Muslim fundamentalism in the U.S. in the contemporary moment is incredibly difficult and requires one to tightrope walk over perilous waters, making use of a vocabulary heavily laden with unfortunate political meaning.  However, as Chetan Bhatt has noted in the context of the United Kingdom, “generally . . . multiracial feminism has been virtually alone in creating an activist political challenge to fundamentalism.” Thus, to understand the complexities of mediating what are sometimes named the claims of culture and religion on women’s human rights today, we must pay attention to people like the feminist advocates Bhatt references and their human rights based opposition to fundamentalism.